British Nationality and the importance of the historical perspective

An individual's right to British nationality is often pretty clear cut. Often it is not. Properly considering any historical right to British citizenship can be invaluable, particularly when faced with a complex immigration problem. It is not uncommon to be faced with a client who has an apparently intractable immigration law situation, but who has a particular history and with a bit of research an application for British citizenship presents a neat solution. Some lateral thinking can be required and such cases illustrate the importance of taking full personal and family histories from any client. The biggest issue is that British nationality law is complex. Really complex. The leading text book on immigration law in general, which is weighty, is equivalent in size to the leading text book that just covers British nationality law. There is really a single authoritative text; 'Fransman's British Nationality Law' by Laurie Fransman QC. It is an extremely impressive book, primarily because it manages to exhaustively deal with what must be one of the most difficult legal subjects one could imagine.

The reason for the complexity is the British Empire in all of its extent and diversity, which at various times permitted individuals to acquire statuses analogous to what we would describe as British nationality. Historically, prior to 1915, the principal nationality category was 'British Subject Status'. This was acquired by virtue of a close connection with one of the Crown's dominions. At that stage in history, just as the seismic events of the First World War occurred, the Crown's dominions referred to all territories over which the British Crown had sovereignty. 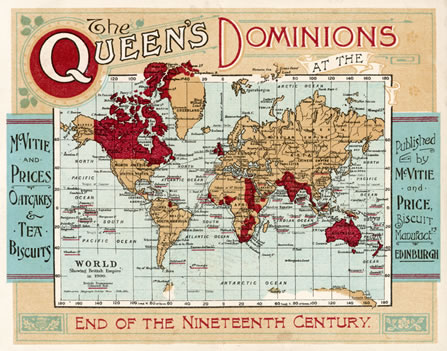 Over the 20th Century British nationality law developed in tandem with the decline of the British Empire. In general this meant that those places which once formed part of the Empire and as a result of which granted some form of British citizenship began to transition to independent states (whether part of the Commonwealth or not). This crude summary utterly belies the sheer morass of different statuses, statutes, individual territorial situations and definitions. Fransman provides a list of terms used in British nationality law at various times to categorise individual statuses:

"within the Crown's dominions"

"a protectorate" (meaning a British Protectorate)

"within the UK and Colonies"

The complexity means that it is very difficult to even attempt to summarise the principals of the law. However there are some basic tenants which are worth bearing in mind.

The first is that it is always surprising what connection or history people may have. Often they haven't really even thought about it, or dismissed the issue as irrelevant. It is important to always consider the past and any connection with the UK and its colonial history. British citizenship is such a benefit in immigration law terms, such as to really render many UK immigration law issues irrelevant, that it is worth properly excluding any and all avenues.

The second issue is that it is surprising how apparently tenuous connections can have real importance. Broadly (very broadly) the development of British nationality law was connected with the transition from colony to independent state. The thrust was that individuals within those nascent states would become citizens of those places and lose their British citizenship, particularly after 1948. However various exemptions and exceptions applied which generally preserved a status of 'Britishness' if some connection to the UK, through descent or service or otherwise, persisted. Its therefore very important to go back through a client's history, really as far as possible.

The third issue is that there have been various modern revisions which served to rectify some historical 'wrongs'. This includes gender discrimination and presumptions against illegitimate children. Therefore its important to consider if a position has changed to permit something that was once impossible.

Fourthly, being a Commonwealth citizen in the past permitted a much greater right to come to the UK and live here. Once here there were various provisions to allow registration and naturalisation as a citizen. It is very important to consider if a grandfather came to London in the 1950s for a while and happened to apply for registration as a Citizen of the UK and Colonies whilst here before going home. Equally, going through family papers, is there a document registering a child's birth at a British consulate? Various mechanisms existed to either gain citizenship even after the Empire came to an end, or to continue the descent of citizenship down the family line by administrative action.

Fifthly, and until the EU referendum occurs, researching British nationality is only one option. Many European states had colonial empires and similar transitions to independent states. In some cases the European states had far more permissive systems of citizenship preservation. Just as British citizenship can be an enormously valuable asset in any immigration query, so (currently) can EU citizenship.

05/09/21 Via Google
Iain Halliday and the team in McGill & Co did an outstanding job with my Pre Settlement Scheme Application. I’m very pleased with the way everything was handled. All the support and advice given throughout the process was above my expectations. Thank you!

01/09/21 Via Google
I went with McGill and Co for a spousal visa application, in the middle of Covid, and am very grateful for the professional application service and additional support provided by James Ritchie during this process. I would recommend him and the firm for any immigration related situations.

08/08/21 Via Google
McGill & Co took on the case at short notice against a tight deadline following a stressful experience with another firm. Iain was both patient and reassuring providing us with the confidence and faith that he would complete the task successfully. Professional and responsive throughout we are very grateful for the diligent and dedicated approach of Iain and the team.

Travelling to and from the UK 🇬🇧 for Work in Film or High-end Television Drama Production During COVID-19 👇🏻🎥… https://t.co/AtvthcQ45S
about 5 days ago